Nurturing a Decade of Global Musicians in India as a Queer White Male with Dr. Adam Greig 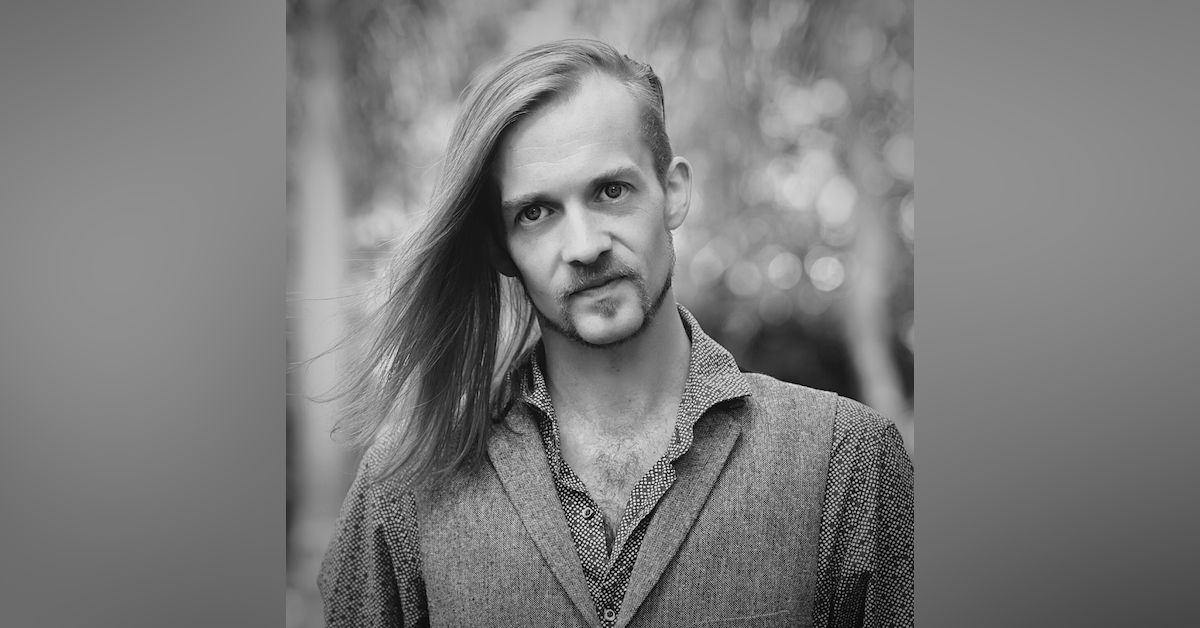 Scottish-born musician and academic Dr. Adam Greig found himself being thrown into the deeper end of building one of India's most innovative institutes from the ground up when a chance classified ad in the UK after his gap year spent working and teaching at a Buddhist Monastery in India ended up in an interview he wasn't really counting on. Shortly before his sexual orientation was re-classified as 'illegal' in India after his arrival.

In the decade that followed the KMMC churned out a few generations of musicians embodying unique artistic profiles that have been a giant step in making the impossible possible: integrating eastern and western traditions of education in a manner that is authentic, inclusive, and globally relevant, blurring lines between social idiosyncracies and building bridges that set stunning examples of what the future of the arts can be when treated with the right mix of sensitivity and passion.

Collaborations with the likes of the BBC Scottish Symphony Orchestra, the Royal Conservatoire of Scotland, Queensland University of Technology, Berklee College of Music, ROLI, Apple, Google and Nokia, representing the institution on platforms as diverse as YouTube Originals ARRived, to Netflix series 'The Creative Indians' alongside founder of the KMMC, the iconic, oscar-winning composer Dr. A. R. Rahman (with whom he has been coordinating the AR Rahman Foundation on some of India's most relevant social projects, including the signing of an MoU between KMMC and Nagaland to support further cross-supportive musical activities), all stand testimony to this mammoth growth.

In this long-form conversation, I catch up with my dear friend and colleague to look back on the decade that's been since our last encounter, white privilege and the LGBTQ community in India and the possible manner in which all of this might co-relate to the potential risks of a post-colonial love affair with victimhood. 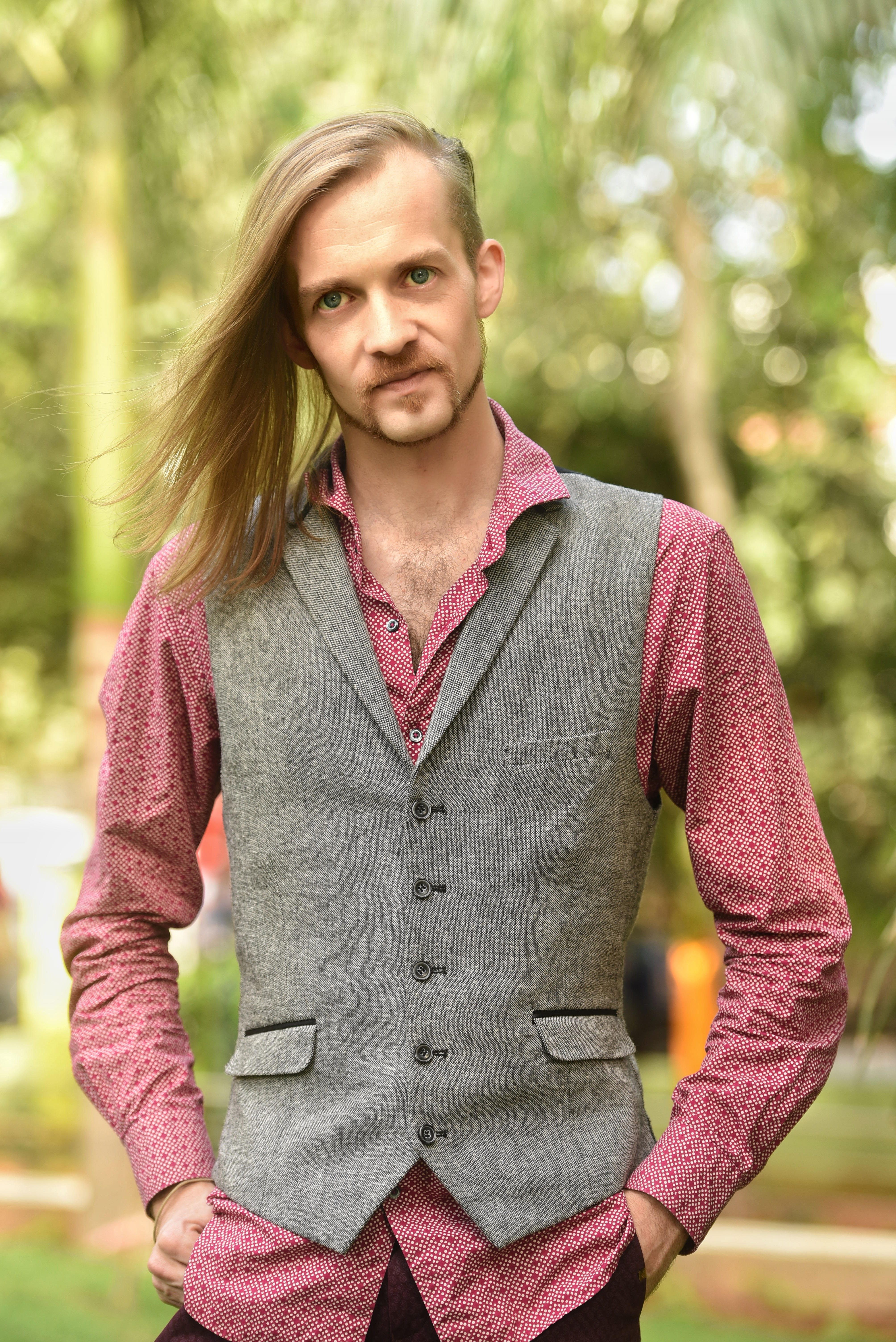 Originally from Fife in Scotland, Dr Adam J. Greig completed his undergraduate and postgraduate studies at Lancaster University in England, where he received a BMus (Hons) and a Masters degree in Music with Distinction, before completing a doctoral thesis on the music of French composer Germaine Tailleferre.
At KM Music Conservatory Adam has been the Academic Coordinator since 2011 and became Artistic Director in 2021, responsible for oversight of the curriculum design, faculty and artistic programming. He is also responsible for international and industry projects and during the past decade has coordinated projects with the BBC Scottish Symphony Orchestra; the Royal Conservatoire of Scotland; Queensland University of Technology; Berklee College of Music; ROLI; Apple; Google and Nokia. He has represented the institution in many shows, including the YouTube Originals ARRived series, Facebook’s ARs Super 8s, The Creative Indians Season 4 episode on KM Music Conservatory, and alongside DR A. R. Rahman in the Times of India online interview Mission Admission (2020). Since 2019 he has been coordinating with the AR Rahman Foundation with regards to the continuing musical projects with Nagaland, including the signing of an MoU between KMMC and Nagaland to support further cross-supportive musical activities.
As an active performer and musicologist Adam’s research involves combining modes of analytical enquiry with experience from practice, to better understand interpretation and artistic transmission. In solo piano performance he holds the Licentiate of the Royal Schools of Music, London. He specialises in performing early 20th Century French repertoire, particularly that which surrounds the ‘Les six’ composers, and has performed as a soloist and accompanist at a number of international concerts and conferences, including the Royal Music Association Symposium Nostalgia and Innovation in Twentieth-Century French Music. He has also had the privilege of performing three piano concertos, most recently with the Australian World Orchestra during their 2018 India tour, and also Francis Poulenc’s Piano Concerto No.1, and Germaine Tailleferre’s Concerto pour piano et 12 instruments with the Lancaster University Symphony Orchestra. Adam’s secondary area of performance is contemporary electro-acoustic music and he has performed both existing repertoire and premieres at the International Computer Music Conference in Belfast and the LICA-Mantis Festival in Lancaster (2008).
As a director Adam’s work includes Sempre Libera from ‘Sound Unbound’, a 45-minute musical that was premiered in Chennai in 2016 and later showed at NH7 Pune. The original video KMMC x ROLIwood Tribute launched on YouTube and was subsequently performed live at Founders Forum, London (2016), and later for Apple in Mumbai and Google in Delhi (2018).
As a researcher, Adam has presented at All About Music (Mumbai, 2019); IndiEarth Xchange (Chennai, 2015-19), ISME Symposiums (Bangalore & Delhi, 2015-16) Cambridge University, King’s College London and the International Conference on Music Since the 1900s, held at Keele University. He was a co-author of the New Delhi Statement on Music Education and Engagement by the International Society for Music Education (2016). His published work includes contributions as a Research Assistant to Professor Mawer’s articles in the Journal of the Royal Music Association and the Journal of Twentieth-Century Music, and typeset musical examples for her book, Ravel Studies, published by Cambridge University Press in 2010.
Adam has also appeared as a lead in the 2016 Tamil rom-com film Mapla Singam, and can frequently been seen around Chennai performing with the band Black Market Cabaret.