Ego And The Guitar with Rez Abbasi 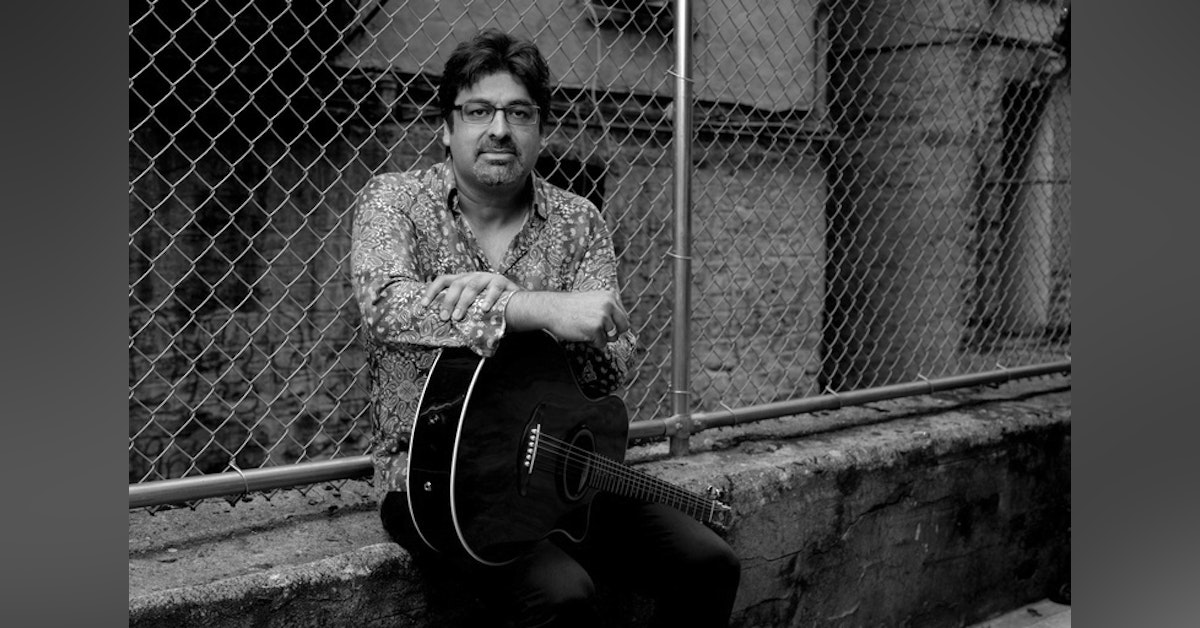 Voted #1 “Rising-Star Guitarist” in 2013’s DownBeat Critics Poll and successively in the top-ten guitarists alongside luminaries Bill Frisell and Pat Metheny, guitarist and composer Rez Abbasi is among a rare breed of artists that continue to push boundaries while preserving the traditions he has embraced. “Abbasi is living, breathing proof that jazz music can be as vital and boundary-pushing as ever.” AllAboutJazz.com.   Born in Karachi, Pakistan, migrating at the age of four to the vastness of Southern California, schooled at the University of Southern California and the Manhattan School of Music in jazz and classical music, along with a pilgrimage in India under the guidance of master percussionist, Ustad Alla Rakha, Abbasi is a vivid synthesis of all the above stated influences and genres. Making New York home for the past 25 years, he has developed a unique sound both as a composer and an instrumentalist and is considered by many to be one of the foremost modern jazz guitar players the world over. With fifteen albums of mostly original compositions, Abbasi continues to forge new ground with his many multi-dimensional projects. From his 2005 organ trio recording Snake Charmer that features Indian vocal sensation Kiran Ahluwalia, to his recent Behind the Vibration (2015), he captures provocative sounds rarely heard in jazz. Abbasi’s sixth album, Things To Come (2009) features a star-studded group of Vijay Iyer, Rudresh Mahanthappa, Dan Weiss, Johannes Weidenmueller and Ahluwalia and was included in DownBeat’s “top CD’s of the decade” along with a 4.5 star review. The same year he was awarded the prestigious Chamber Music America (CMA) commission to compose new works for the same ensemble, Invocation.   In 2010, Abbasi reconvened his group Invocation to record the follow-up to Things To Come, Suno Suno which features his CMA commissioned compositions that are informed by Qawwali - spiritual music from Pakistan. The power, joy and depth that Qawwali encompasses can be heard throughout Suno Suno. In 2017, Unfiltered Universe was released. It is Abbasi’s third of a trilogy of albums with his group Invocation and his twelfth album release. The compositions are based on his experiences performing with Carnatic musicians and dancers and were once again commissioned by CMA. Among Abbasi’s most recent projects is a commission by the New York Guitar Festival to create and perform a live score for the 1929 silent film A Throw of Dice, based on an episode from the Indian Sanskrit epic The Mahabharata. His “Silent Ensemble” recorded the score and the album was released in 2019. In 2020 Rez is set to release his 15th album, Django-shift which features his imaginative recasting of the music of Django Reinhardt, one of history’s most influential guitarists.

This Episode is brought to you by www.everynowheremusic.com